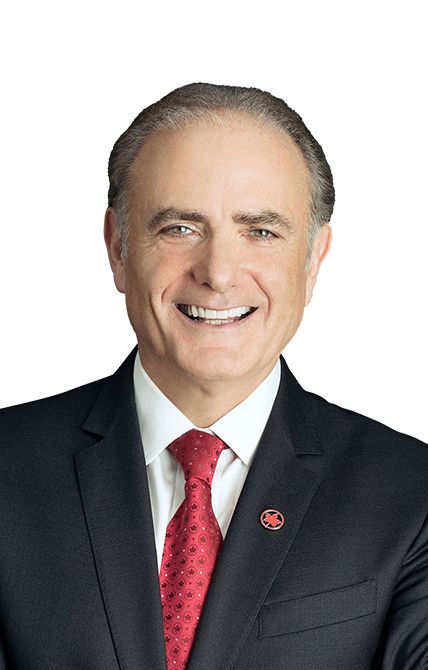 Calin Rovinescu is President and CEO of Air Canada (an airline company) since April 2009. Mr. Rovinescu was the Executive Vice-President, Corporate Development and Strategy of Air Canada from 2000 to 2004, and during the airline’s restructuring, also held the position of Chief Restructuring Officer.

From 2004 to 2009, Mr. Rovinescu was a Co-founder and Principal of Genuity Capital Markets, an independent investment bank. From 1979 to 2000, Mr. Rovinescu was a lawyer and then a partner with the Canadian law firm Stikeman Elliott LLP, and was the Managing Partner of its Montréal office from 1996 to 2000.

Mr. Rovinescu is a director of BCE and Bell Canada since April 2016.