Building networks to connect Canadians since 1880

Bell has been leading the way building and supporting networks of the future for more than 141 years. Our unrelenting focus began with the telephone, building networks that connected Canadians within their community, across the country and around the world. Using that same relentless passion today, our Bell team builds networks that support the most advanced Internet and wireless technologies in the world.

Bell’s original quest to connect Canadians focused on one single technology: the telephone, which was markedly different than the smartphones we carry in our pockets today. The early phones consisted of three boxes mounted on a backboard – the bottom contained the battery, the middle had a hole to speak into and the top one, from which the receiver hung, housed a magneto generator and crank used to initiate a call to the operator.

Bell construction gang posed for the photographer somewhere on the road between Napanee and Deseronto (Ontario), 1895

Until the end of 1882, these phones were connected to the operator with iron and metal wires strung across trees, fences and roofs using the ground to complete the power circuit. These wires were soon replaced with copper pairs, producing the first early upgrade to our telecommunications infrastructure.

The operator would manually connect these calls using a magneto switchboard supporting a number of pairs carried by early transmission cables. The early operators were an essential part of the Bell network and the true voice of our company, connecting calls and sharing useful information ranging from weather to time of day, election results and sports scores. You might say they were our CTV News/TSN broadcast team of the late 1800s.

Building a national network The people

The operator was a true reflection of the pioneering spirit of our first generation of Bell employees, who were also stepping into new professions as sales agents, clerks, foremen, maintenance workers and plant technicians.

Bell’s first construction teams, generally about 20 men, arrived at work in horse-drawn wagons for 11-hour workdays, 6 days a week. The linemen, as they were later called, were essential in building and expanding our early telephone network, erecting poles and running phone lines across Bell’s territory. 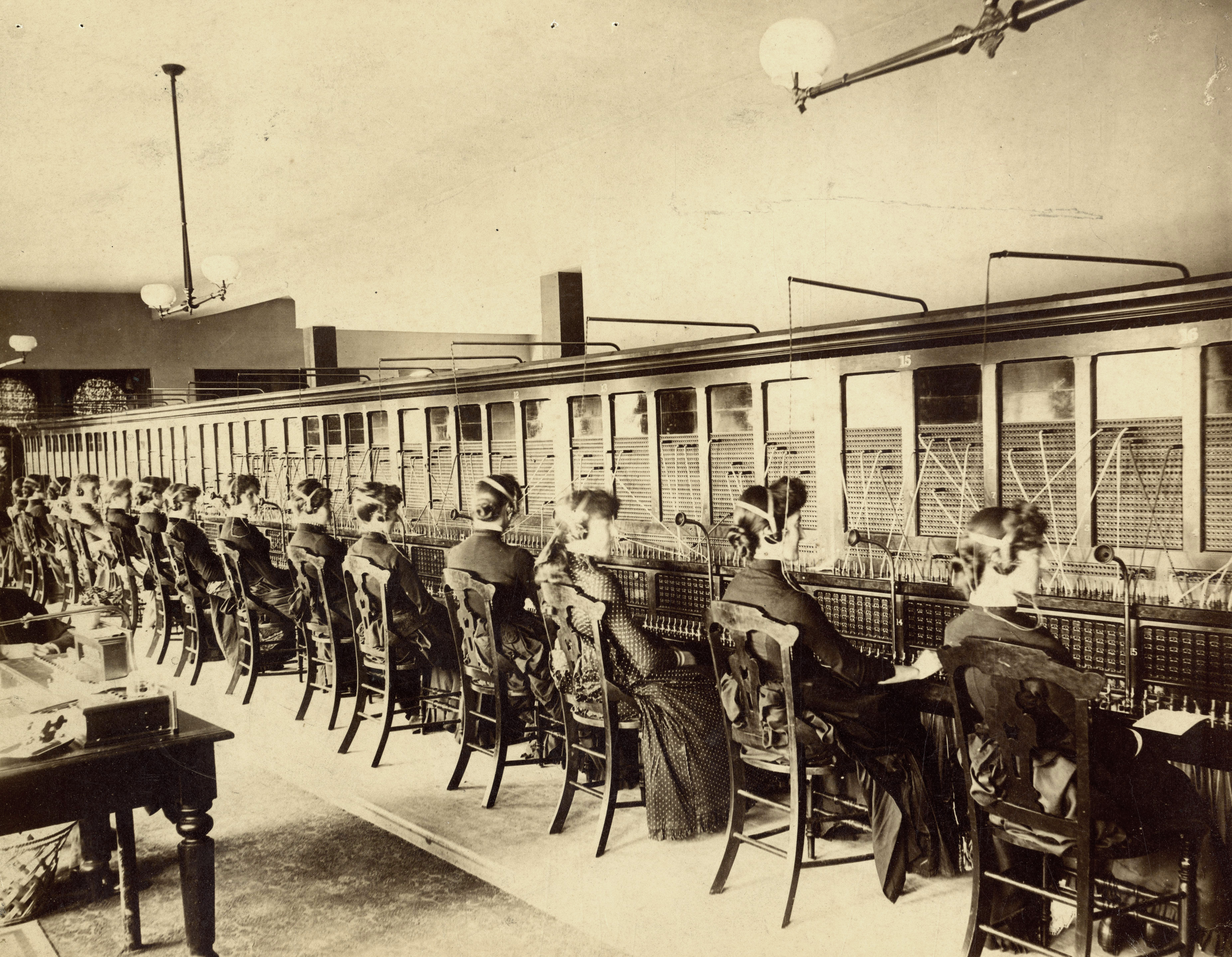 Photograph of Charles Fleetford Sise, Sr. was taken in his office at the company’s head office, 1914 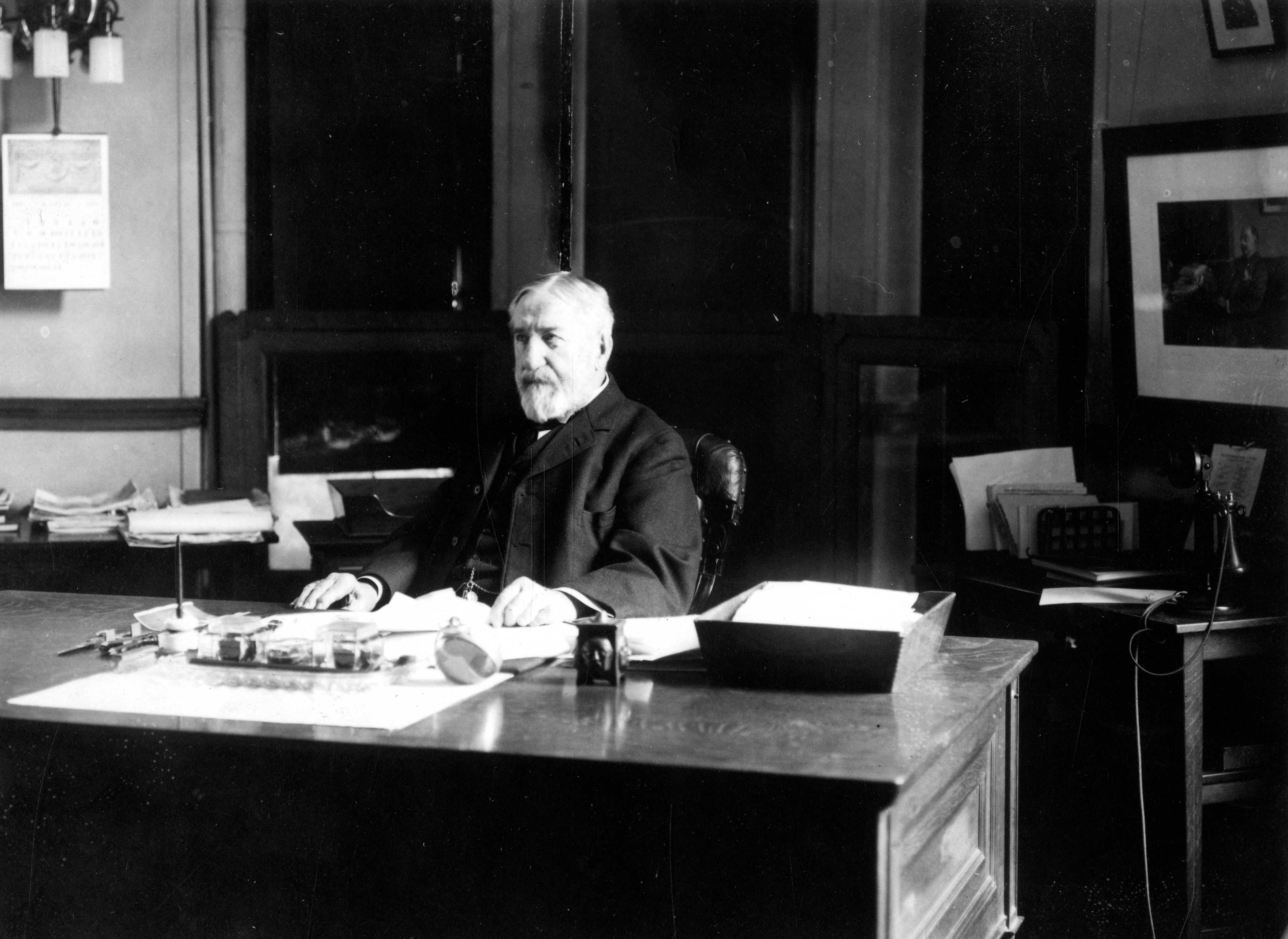 These construction teams were at the centre of Bell’s first long distance line, built between Toronto and Hamilton in 1881. By 1885, long distance lines were supporting all points from Montréal to Windsor, and by the end of the 19th century, Bell customers could call almost anywhere in Québec and Ontario and up to 1,000 miles into the United States.

When Charles F. Sise invested more than $20,000, financing part of the cost of the first long distance connection between Hamilton and Toronto, he began a passion for building our country’s strongest network. With our $1.7 billion capital expenditure acceleration program introduced in 2021, which will be completed in 2022, to accelerate fibre, rural and 5G network rollouts, we are proud to build on Bell’s 141-year passion for building the best networks and giving our company a critical advantage over our competition.

A Bell crew raising a 60-foot telephone pole near the corner of King and Dufferin Streets, Toronto, 1895