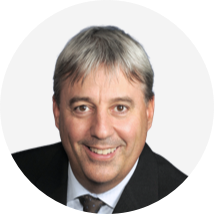 Wade Oosterman serves in a senior advisory role on the Bell executive team as Vice Chair, in addition to his leadership of Bell Media as Group President and Bell’s brand team as Chief Brand Officer.

Joining Bell in 2006 as President of Bell Mobility and Chief Brand Officer, Mr. Oosterman has served as a Canadian communications industry executive for more than 30 years. He was promoted to President of Mobility and Residential Services in 2010, to Group President in 2015 and as Vice Chair in 2018.

Mr. Oosterman holds an MBA from the Ivey School at Western University, and serves on the boards of Telephone and Data Systems and the Toronto International Film Festival.