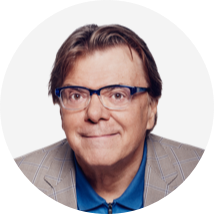 Mr. Lennox joined Bell Media in 2015 to lead its national network of local TV and radio stations as well as all English-language TV programming and production, and was promoted to President in 2017.

He serves as Chair of the Banff World Media Festival and on the boards of Pinewood Toronto Studios, Canada’s Walk of Fame, Massey Hall and Roy Thomson Hall, and is a member of the Canadian Music and Broadcast Industry Hall of Fame.